Attachment, Trauma, And Conflict Of Interest 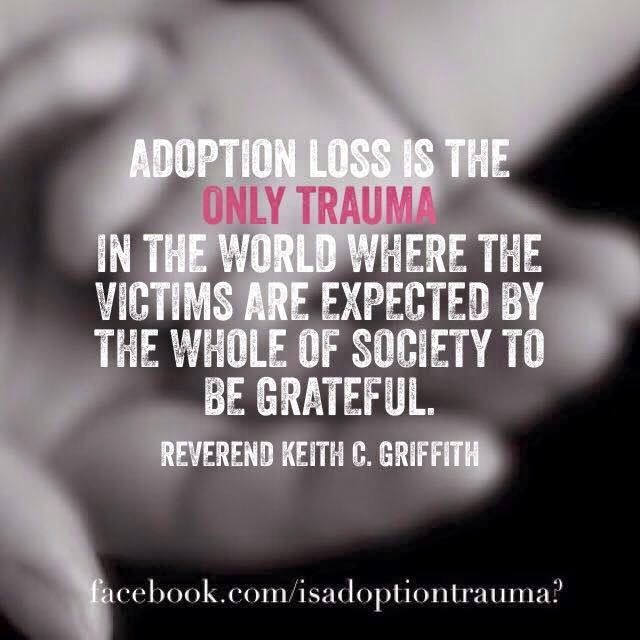 It seems like every day my sweet son decides he wants
to "be" something different when he grows up.

The other day he came home from school
proclaiming he wants to ride bulls...
what every mother wants to hear!
As I sat through an all-day seminar entitled,
"Trauma: How it Affects Growth and Development in Children,"
hosted by the OK Adoption Coalition,
I felt as if I was getting a taste of my son's desired profession. 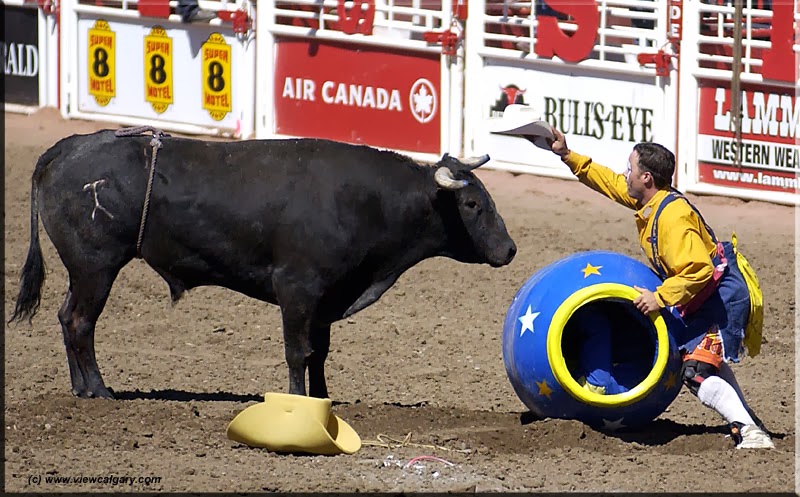 Being adopted is quite a ride in itself.
Then we hear "professional" commentators give the "play by play,"
with no riding experience of their own.
Adoptees are left to dismount and clean up
after the animal ourselves. 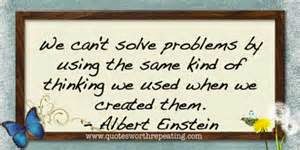 Does adoption, the way it is viewed today,
truly serve the child,
or those in the business of "building" families?


"Attachment Theory" labels a child
if they fail to "attach" to their care-giver
(who get's to define this concept?),
because, as the speaker stated...
"It's not in their DNA...
babies will 'indiscriminately' attach up to six months old.
That is why it is SO important to terminate parental rights
as quickly as possible and provide 'permanence' for these "kiddos".
We are not ducks who will "imprint"
on the first person we see after hatching from the egg.

We are humans who experience profound life-long loss
when separated from our mothers and families. 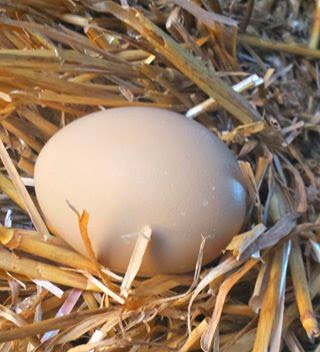 If DNA and genetic mirroring were not essential parts of our human experience in relational development...
why is the internet full of searching adoptees and first families?
And what of this:

This is a visual of a theory which the adoption industry
works hard to dismiss.
Nancy Verrier, a psychologist and adoptive mother, says...

"There exists a great need for legislative action and concern for the rights of adoptees.
Few dare give voice to that which they know in their hearts: that the connection between biological family and child is primal, mystical, mysterious, and everlasting.
Far more than merely biological and historical, this primal connection is also cellular, psychological, emotional, and spiritual."

I can't tell you how difficult it is to live in a society
which dismisses the very humanity of adoptees.

If we want to be truly trauma-informed,
we must acknowledge the adoptee's reality.

Changing a child's name,
sealing their genetic identity and history from them,
and then asking them, as well,
to fulfill a "role" in their "new" family...with which
they share no genetic connection;
with caretakers who need to be
legally and emotionally known
as "Mother and Father",
only serves to disenfranchise an adoptee's
trauma and loss,
and piles on added layers of complex loyalty issues.

The only valid "connections"
according to some behavioral health "experts"
are made in court-created "legal" families through adoption.
Mentions of natural families are made in
condescending tones,
referring to "the bios" which are, of course,
the source, and only source, of the child's "trauma."

What about the trauma of changing a child's identity
and expecting them to play a role
for which they were not created to fulfill?

A defining moment during this seminar,
occurred when the entire room erupted in applause
after the speaker made the assertion...

"'culture" is only defined through 'relationship'".
"Best interest" of a child cannot be undermined in the "name of culture".
It was obvious, everyone was thinking of the Baby Veronica case and the role ICWA played in that long-drawn out tragic battle over a child's very identity, family and personhood.

Veronica Cappobianco is living her life separated
from the family and blood that created her,
the connections that could have, and did, nurture her very core.
All because of this theory, unethical adoption practices,
and the power it has garnered by an adoption community
that still sees children as "blank slates" and, unfortunately, possessions.

When will America wake up and ensure an end to the commodifying of children and conflict of interest in our adoption and child welfare systems?

The inherent right of a child to be raised by
his/her own family is often thwarted by a system
which gives agencies and foster/hopeful adoptive parents
the legal ability to draw out a contested adoption in court
and then argue "best interest" of a child to stay
with the "only family they have ever known". 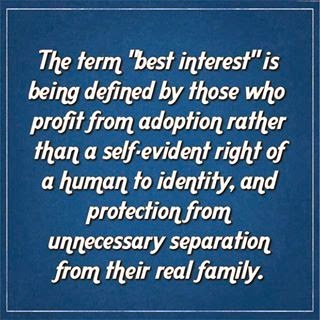 Adoptees are viewed as perpetual children in the middle
of a never-ending game of keep away.
We are marginalized by being labeled "bitter"
if we speak of the injustice of having our names changed, identities sealed, or families separated through coercion or conflict of interest.
Sealed records in adoption not only strips adoptee's of their identity, but it also fails to ensure ethical adoption and child welfare practices.
A lot can be hidden behind a sealed record.

I once spoke to an adoption attorney who asserted that a new "amended" birth certificate and name must be assigned to an adoptee in order to prevent them from being seen as "second class".
The more I thought about it, the more I realized, that it is the act of changing and sealing our identities that actually makes us "second class".

It gives the message that adoptee's are not
accepted unless "amended".

This could be the real reason why
a child struggles with "attachment".
Yes, "attachment" to a caregiver is necessary for survival,
but for an adoptee it feels like holding on for dear life,
while dangling over the edge of a cliff.

The last thing we need is a lucrative adoption industry
feeding society myths and flawed theories
which disenfranchise and exploit
the very ones they claim to be serving.
Yet these same "experts" are the ones who seem
to have the ear of our court systems, DHS, legislators
and behavioral health services.
The ones making policy decisions.

We now have "professionals" contracted by those who earn their living
by adoption, defining terms such as "best interest", "psychological parent", "permanency", and "attachment"
based on the perceptions of adoptive parents,
rather than protecting the inherent right of a child
to their identity, family history and connections.

With flawed theories of "attachment" expressed in the quote below,
no wonder adoptee's live a life-time of disenfranchised grief. 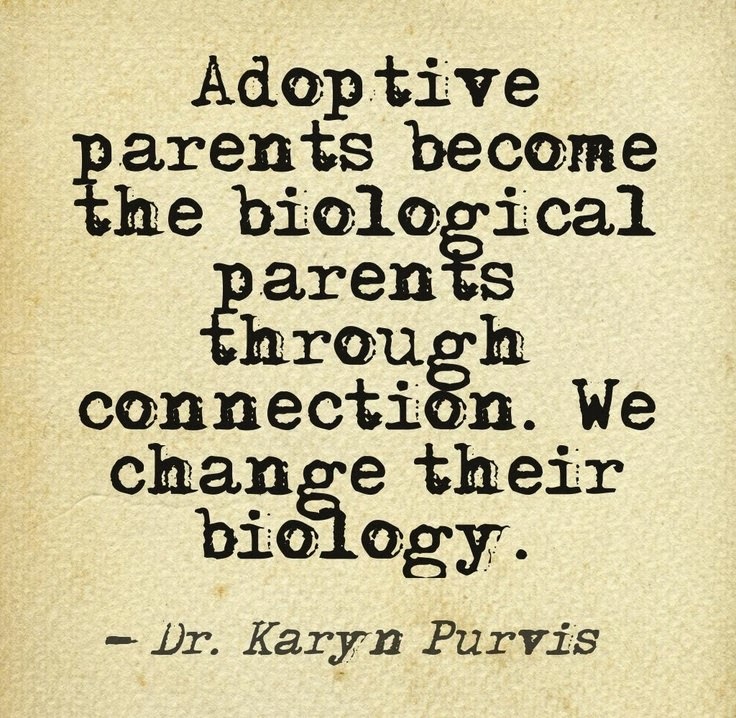 Since "child placing" agencies are contracting
with behavioral health "experts"
who perpetuate these myths
(and many others)
to legislators, policy makers,
and foster and adoptive parents,
whose interests are we serving?

We need to start honoring the child,
not who the child can become to complete a new family.

When a child doesn't have any mirroring of their own self
through their family, they struggle with anxiety and hyper vigilance.
It often presents as ADD or even sensory issues.
Yet it is termed as "attachment issues" or "RAD"
and the child is given a label for a truly natural response,
rather than the problem being placed on the system
that put the child in the unnatural situation in the first place.
My heart went out to one mother who stood up asking for help
for her eighteen year old adopted son.
She said he had gone through all "the therapy"
and was still struggling.
What could she do?

Out of an entire room full of self-asserted "expertise",
she got no help whatsoever.
Instead of given resources that could have really helped her family and son,
she was given a "band aid".

The speaker described an exercise they do with "traumatized" children which consists of giving the child a band aid and asking them to put it on their body.

This supposedly helps the child feel more comfortable to "unload their baggage" because through acknowledging they have an "owie" somewhere on their body, they will acknowledge "heart" issues more easily.
How can an adopted person honestly find their heart in the midst of loyalty issues?

Adoptees must live an identity and narrative defined by others.
That script is skewed based on societal myths
perpetuated by an adoption system that serves the "demand"
for adoptable infants and children.

The sealing of our records steals
not only our identities,
but also any accountability over the "professionals"
who profit from us.

Federal adoption incentives influence child welfare philosophy
and adoption policy, when states are rewarded monetarily
for each adoption completed, but not for services towards natural families, family preservation, and reunification efforts.

"Swift Adoption" programs and "Bridge" foster parents
whose ultimate goal is adopting, adds to the conflict of interest
in a child welfare system whose goal should be preservation
of kinship and natural families.

We need to ensure that "permanency" isn't influenced
by financial incentives and tax credits
which adds money to state budgets
each time they encourage "adoption" placements
over reunification efforts with a child's natural family.


An adopted child's mastery of developmental and relational tasks
are stunted because of myths perpetuated by an adoption industry
that splits us apart. 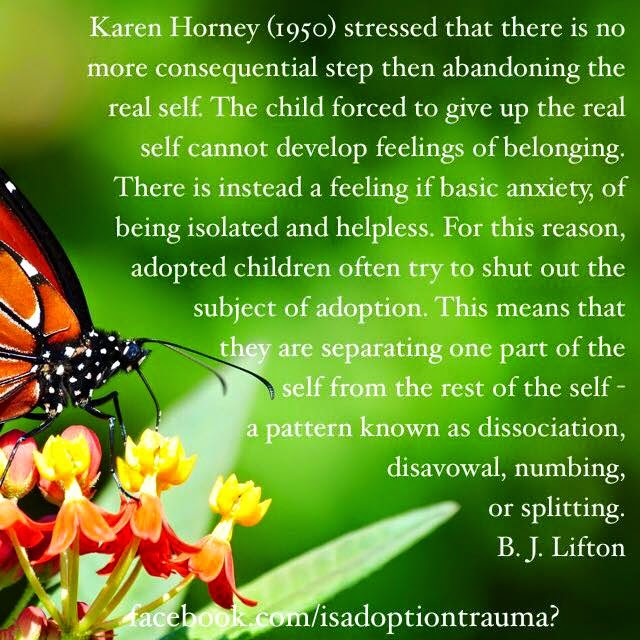 I could only accept myself when I was able to know,
and embrace my dual identity...
by both birth and adoption.

When I found the courage to grieve
the losses that had been disenfranchised,
I was finally able to feel and fully experience
both the good and bad in life.

Only then, as a whole person,
could I embrace myself and my families.

The only other adoptee I knew in the building that day
was a darling infant boy dressed in business casual
being cooed over and passed around the table like fresh meat.

I pray for him, and for the eighteen year old son of the concerned mother.
And for all of us.

This is a wonderful post and it expresses everything I feel about adoption.

Great job! I am so sorry it took me so long to read this!

ECELLENT, Samantha! Purvis' quote fits right in with your premise that adoptive parents and adoption agencies believe they can manipulate adoptees into being anything THEY WANT us to be.