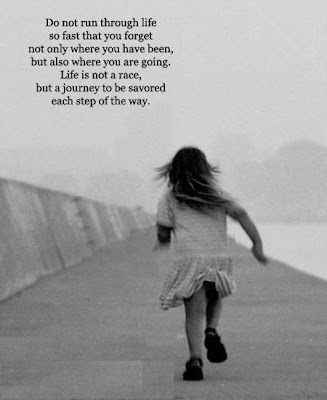 I have never worked so hard in my life and enjoyed (almost) every moment of it, since becoming a Mother to my miracle.

I think this year has been the hardest ~ transitioning into public school. It also took a long time to overcome the early trauma and shock of having a one pound preemie. Much like "waking" up alittle more each year, after reunion. Layers and layers of grief and finally feeling "real".

My son has sensory processing issues which makes everything ultra-intense for him and us. He yells a lot just in trying to express himself and regulate the huge emotions flowing through his little body. He is the most joyous, wonderful person I've ever met. A true fighter and sweetheart. I am exhausted. Literally.

This is the first summer he will not be in a year-round educational/therapy program, and he has a really hard time trying new things (refuses) so I work extra-hard to reassure him, like extra-hard, all the time. I haven't been able to blog much because of this.

But this week it seems things have happened so quickly I don't have time to process any of it emotionally, with no time for rest or even to think (literally). My husband works alot and is tired when he gets home, so not much down-time for me, or him. Help! Being a reunited adoptee, I have family all around me, but no help. It is hard seeing friends rely emotionally on their extended family, and we don't have that option. My Mom is in assisted living, and we help her a lot. In fact, tonight I made my annual trip to get Memorial Day flowers, which (as an adoptee) triggers even more difficult emotions. I wrote about that in 2008 in this post.  Reunions reveal deeply buried pain.  Like the waves of the sea, they ebb and flow between avoidance (pain) and connection (courage).  It takes years of perseverance to build lost relationships.  (After The Honeymoon).

On top of all this, my birth father surprised the heck out of me last week (still in shock) after finally getting together again after many months. I knew he was going through difficult times, but nothing like he revealed last week ~ talk about leaving me with sadness & mixed emotions.

A birthday party at the pool yesterday consisted of chasing my naked son trying to put clothes back on that he stripped off before I could stop him; rescuing him from "going under" in the pool (he doesn't know how to swim yet, and although he was in the shallow end, he got splashed and lost his footing.) This was the first time ever his face went under water, and he panicked. He came bounding out of the pool yelling, "I was going to die, I was going to die" at the top of his lungs. All the while, getting odd looks from kids and parents who don't understand why he is so intense, loud, and anxious ~ and so is Mommy.

We get "evaluated" this summer and I have mixed feelings about that, also. Understatement. I don't want him to be "labeled". Not sure if it will affect our insurance and so many other things. Yet, we are in the third freaking phase of "appeal" for the public school to allow him to repeat kindergarten. Something everyone realizes he needs desperately, yet because he is a "special education" student we have to go through stressful "appeal" processes for the same placement that other students at his developmental & academic level would automatically be given. It is like pulling teeth to get adequate services of speech and occupational therapy in a public school. We so wish we could afford to send our son to a school which would address these needs more appropriately.

There is a school in our city that I've heard children "blossom" at who have struggled in public schools. I can't work right now because of exhaustion and the fact that my son will not even stay with a babysitter (because of anxiety over sensory-related struggles he deals with at school, and then refuses new experiences in the community due to working so hard to navigate friendships, social interactions, etc. at school without the proper supports). All this feels like a vicious cycle that causes stress at home, in our relationships, our physical bodies, and so forth. Lord, please help us. I am so thankful God has brought us this far, and will continue to see us through. Strengthen us so we can walk without regrets, Father. Help us do everything we need to do for our son. Please. I feel so helpless without You.

“Make the most of your regrets; never smother your sorrow, but tend and cherish it till it comes to have a separate and integral interest. To regret deeply is to live afresh.” Henry David Thoreau

It seems like I am working overtime to teach my son the same things that come more easily for most. But I love every minute of being with him. He is amazing. The other day at the park he was playing beautifully (which I never take for granted) with a little girl who happened to be african-american. A boy from his kindergarten class (and his older brothers) showed up and my son immediately wanted to play with this friend. Awhile later I overheard a conversation between them and although the little boy was speaking softly, my son doesn't have that luxury and was talking very loud about the "ghetto" girl (the other boy used that word and although my son had never heard it or knew its meaning) kept asking "why I wasn't supposed to play with her?" ~ all this right in front of the little girl and her parents.

All I could do was sit there in shock and try to figure out how to resolve this with some sense of grace. I walked over and told my son it was time to go (instant meltdown) and to tell BOTH his friends goodbye. As we walked out of the park I had to explain how that word was not nice and would hurt the little girl's feelings. I CANNOT BELIEVE it is 2012 and I was having to have this discussion with my son. (Think about it, though, here it is 2012 and we're still dealing with "sealed records" in adoption, as well). He felt bad and that led to yet another meltdown because of not understanding.

I was so proud of him, though. His little heart was broken when he realized the depth of what had happened, and he "got it". That meant so much to have this teaching moment and I so hope he will continue to understand social interactions as he grows and develops. His little heart is so tender. I could not be more proud. Even when I'm getting looks from those who don't understand what he deals with sensory-wise. Tears. My heart (emotions) and body are tired but so full. Lord, please give us all a wonderful summer. And all those who read this blog.

A dear adoptee friend wrote me the most beautiful poem this week and I feel like I haven't had the energy to adequately absorb it's amazing depth or express my gratitude fully. So thankful for friends who care and who understand. Bless you.

Email ThisBlogThis!Share to TwitterShare to FacebookShare to Pinterest
Labels: my reunion, prematurity

Yours is surely a tough row to hoe. And while I can sense your exhaustion in your post, I know that your baby boy is very blessed to have a momma who is as devoted as you are. My thoughts and prayers are with you that you find some rest in the summer. :)

Thank you, ((((Heather))))! Hope you all are having a wonderful summer. We are hoping to make it up to the Kiddie Park in Bartlesville this summer, will have to get together! : ) Hugs!